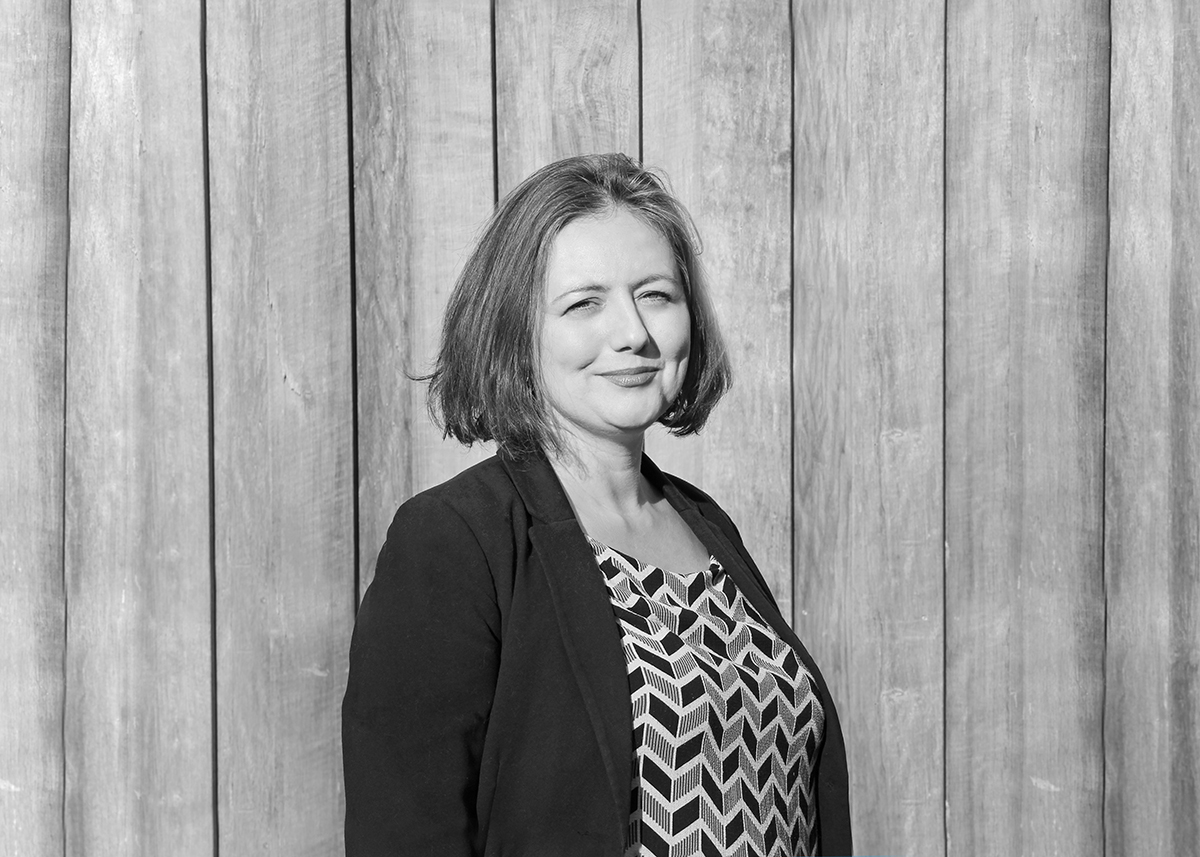 ASSOCIATE, APRIL MARSDEN SHARES HER THOUGHTS ON MODERN METHODS OF CONSTRUCTION (MMC) AND THE OPPORTUNITIES PRESENTED TO THE SPECIALIST HOUSING SECTOR.

Briefly reflecting on the journey of MMC over the last 100 years, and how the evolution of both MMC and the specialist housing sector have evolved concurrently as a response to technological and social developments.

Historically there were many misconceptions surrounding design for older people, some believed generational differences meant that modern design didn’t apply, that older people sought a home that was somehow welded to the past; whether it be a traditional layout or external appearance, or of traditional material to provide a sense of solidity.

The same can be said for the modular housing industry.  With its roots in early 20th-century modernism and Bauhaus movements, the sector had difficulty shaking off the image of the bland 1950s and 1960s prefabricated dwellings of poor quality.  Over time, notable advances were made, including Buckminster Fullers’ 1930s invention of the prefabricated bathroom pod, Moshe Safdie’s Habitat 67 and The Nakagin Capsule Tower of 1970 by Kisho Kurokawa that provided for the eventual replacement or removal of prefabricated living units or capsules.

Even with the further technological advancements of the 1980s and 1990s, modular housing struggled with desirability; it struggled to be mainstream.  Like the later life housing sector, reports came and went, government recommendations, thinktanks and innovators left their marks, but there were clear obstacles in the way; some larger than others, but many focused around cost and production capabilities, and some around design and perceived quality limitations.

My architectural education spanned from 1997 to 2004, and was heavily influenced by the 1994 Latham report, the closely following 1996 Egan report and the 2002 report, ‘Accelerating Change’ (opens new window). This time period saw a shift in the industry and along with more open thinking and partnering type arrangements, the genuine consideration and application of various MMC were taking effect; timber frame, panellised system, rise in the integration and uptake of modular components, and full pre-fabrication.

Since then the gradual impact of higher sustainability requirements, from BREEAM to the Code for Sustainable Homes, meant that messy and wasteful traditional blockwork construction wasn’t the answer.  Government white papers touted modular as the solution to the vast housing shortage the UK has faced, there’s been a slow uptake but over the last few years there has been strong investment in the sector with many new factories opening for business.  Government capital funding is on the table and Homes England is amongst those pushing the growth. A growth that has had to respond to demand. Slow growth with critical changes as a response to political and financial climates while, at the same time, huge technological advancements.

As highlighted in the Local Government Association report, ‘Housing our Ageing Population: Learning from councils meeting the housing needs of our ageing population’, there has been the consistent message that we are simply not building enough later life homes at a rate to match demand and that the opportunity and scope across this market is vast and needy.  So, the Modular companies saw their angle, took the opportunity and ran with it. Over the last few years I’ve attended several retirement living and care conferences with speakers representing modular firms, companies that are specifically targeting and extolling the benefits specific to this sector – namely speediness and quality, full technological integration and in the face of Brexit, the potential lack of site labour.

The culture historically surrounding the traditional house building market, from high site prices and programming to phasing and sales strategies, is full of obstacles in the path of the speedy and innovative modular; obstacles that require a great strategic shift and high-level innovative thinking, and ultimately time.

In comparison, the specialist housing sectors – care, student, retirement and affordable – are based on an entirely different model and have offered a niche area for manufacturers to expand into; embracing the great integral and wholesale benefits that innovation and technology play in these markets.

The uptake of modular is huge.  From partnerships and providers like Swan Housing Association bringing manufacturing in-house, targeted manufacturers such as Ilke Homes, and the more generic and historic modular manufacturers such as Elements Europe and Premier Modular; with many other notable companies in between, all of whom are responding to a need.

The wings of all of this are the developers and providers who are facing stark competition from the likes of new companies specifically embracing this sector such as Future-Street. It seems that the more well- known and historically perceived brands must be rise to the challenge or miss out!

Traditional builder and developer, McCarthy and Stone, for example, recently announced their serious uptake of MMC. This is an enormous gear change, the impetus behind which is driven not by fashion, but by the real consideration and evaluation of delivery and quality; that the off-putting high start-up costs can be negated with standardisation of layouts and components, speedier delivery and an optimised skills and labour program.

The advantages and drawbacks of MMC

However, will MMC be the go-to on all future developments? Indeed, can it always be the choice on all sites? As with all strategic developments, there will be site analysis and business cases, cost comparisons and efficiencies to consider.

Accessibility, transportation, building mass, form and height; ultimately the very physical reality of location and topography are key considerations in construction choice. In difficult situations, a simple frame and panel solution may sit on an earth-retaining concrete plinth, easier more accessible sites with less limitations could be much more suitable for a fully modular solution. In complex and hard to access situations could there still be a case for a more traditional build style?

The benefits of a factory produced building are clear, but what of the drawbacks, are there other reasons why developers would not choose modular? And what are the implications on design? I’m looking forward to hearing about the initial findings from the Home Group’s Gateshead Innovation Village experiment and any ‘issues’ they found with each MMC type.

MMC and the Architect

Some could say the repetition and regularisation that modular requires stifles the architect’s ingenuity and response to the context; and in theory that modular is easier to identify.  I’ve been involved in designing many buildings that have been constructed using MMC over the last 15 or so years, including a very lightweight steel framed care home with ‘plug and play rooms’ in the mid-2000s.  And why not when practically every room and bathroom is the same? Prior to planning the construction type was unknown, yet because of the very regular nature of the building, pre-fabrication was easy to adopt. The external finish of render, bricks and panels were applied as a skin once the rooms and frame were fixed, with no visual clues externally revealing the building’s construction.

Plenty of timber-framed, modular and panellised system-build, specialist-housing developments litter my portfolio, some award-winning, some not. And in my opinion, design does not have to be compromised. Occasional aspirational (and probably expensive) details are sometimes changed for predominantly costly technical reasons, but this sort of compromise is inevitable with any construction method, as is value engineering.

From my experience, once a client has decided to drive down the road of the cleaner, timely, more sustainable and qualitative MMC, further decision making during both the design and construction process considers the impact of quality much more predominantly than traditional construction. Probably because in most cases the decision to deliver using traditional methods of construction is centred around a historic perception that this ‘materials and labour to site’ is cheaper, and consciously or unconsciously sets the undertone for the ethos of the development to follow.

This historic perception is gradually eroding with higher labour costs, material availability and new and alternative funding routes that may require quicker construction (PRS investment), innovation or cleaner, more sustainable builds prescribed by say, more ethical-type funds. Issues around risk and manufacturing can often be minimised with bonds and legal guarantees, or indeed as some have shown by bringing the manufacturing in house.

Interestingly as architects, we also design and deliver extensions and new build units to NHS Trusts across the UK in partnership with manufacturers.  Where a main contractor is required, the back-to-back contractual relationships and legal obligations, bonds and sub-contracting relationships, are on the face of it difficult and tortuous.  However, with pragmatism, it can be seen that the contractor’s risk is limited and minimised.  In effect, they are simply buying and installing a guaranteed product that the client has chosen, which ultimately limits the main contractors’ risk substantially.

On another note, historically architecture is generally of its time; its aesthetics, materials, shape and form are the product of the current modus de operendi. Perhaps this fact has become lost in the last 100 years, with a resistance by traditional house builders and councils to produce and allow homes reflective of our more technologically advanced times; believing purchasers valued the Victorian over modernity. Pushing the contemporary into everyday lives has taken time and effort, but finally with a design conscience population, driven by popular culture and the consistent presence that is modern media; contemporary design and construction is finally mainstream and of high regard.

Some say we are now entering a sort of enlightenment period; a ‘new age’ as far as modular construction is concerned. It’s true, there has never been as much investment in the sector, never so much interest and perhaps never a time when the virtues of modular construction have been so relevant to all our lives.

The origins of the modular home extend back over 100 years  the desire by many architects at the forefront of modernism; The Bauhuas, Frank Lloyd Wright, Le Corbusier etc. looking for a solution to the housing crisis of that time, and homes that centred around flexible living; where the structure was frame-work, and lightweight partitions could be removed and reinstalled wherever the occupier so desired. These frames could be constructed of the abundantly available steel, and as the proponents of early manufacturing, utilise as many ‘manufactured’ elements as possible.

Likewise, the new housing problem that centres around our ageing population has opened doors to a generation of MMC at an exciting time of connectivity and advanced automation. And true to the early modernists’ ambitions, the systems are generally based on a ‘module’ within a frame, where internal partitions are none loadbearing, and thus allow for maximum future adaptability.

MMC has greatly evolved over a substantial period and with modern innovation and ripe investment in the sector, there is a huge opportunity to boost the supply of housing for people in later life and build a new generation of fully integrated, flexible, age-friendly homes.

This article was first published by Housing Lin on 2 May 2019.

Find out more about our modular construction projects

Back to news feed